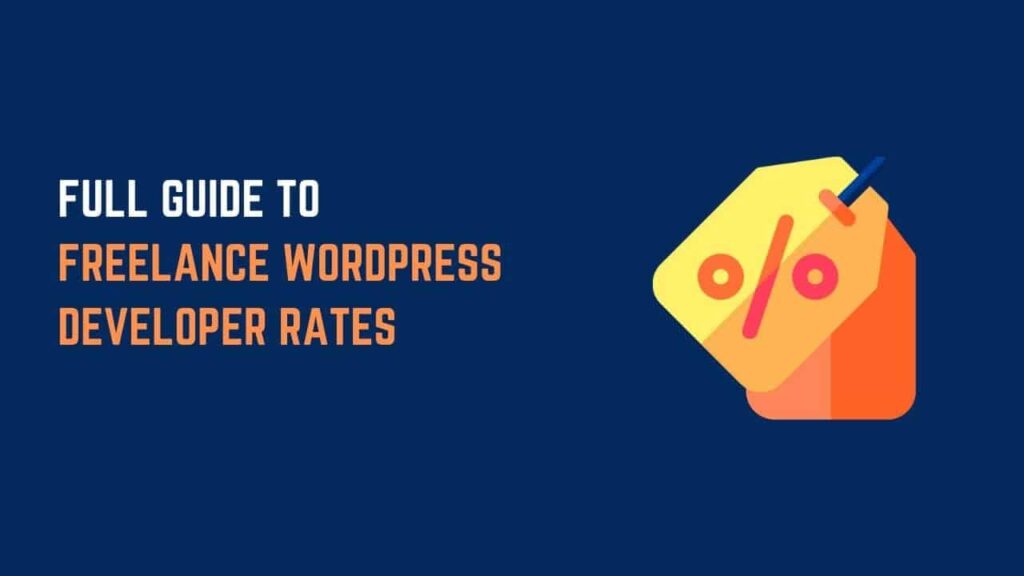 One of the most common questions when you’re looking to hire a freelance WordPress developer is how much will they charge you. While it would be great to get a straightforward answer to that question, it’s somewhat complex to answer in one sentence.

I have come up with a guide based on stats, data and personal experience to explain the freelance WordPress developer rates.

So, whether you are looking to hire a freelance developer for your company on a regular basis, or just for one project, this article should be helpful in giving you a clear idea about it.

You will also get a better insight about rates across all of the primary areas of the world, as well as an overview of how much they are charging per hour VS per project.

A huge number of WordPress developers in the web development industry are freelancers and not full-time employees who work in a company. So, in order to make a clear understanding of the developer costs across different areas, I have collected data from some of the most popular marketplaces like:

Anyone can sign up on and start selling on one of these platforms. There is no barrier to entry and to start calling yourself a freelance WordPress developer.

Having spent some time researching Upwork and People Per Hour platforms, here is what I’ve found out:

1. On Upwork, a WordPress Developer’s prices vary between $20 to $100 (per hour), and an average small project (like doing some minor changes to a theme or fixing a small bug) will cost you around $200. Bigger projects like full website builds can start at around $1500 and go way higher depending on the complexity and the scope of work.

It’s important to note that a lot of developers don’t always bill on an hourly basis. If the project is relatively small and well defined, a developer should be able to just give you a direct price.

2. On People Per Hour, there is a complete breakdown of all the freelance WordPress developers based on their working cost from previous clients.

People Per Hour has 2 essentially 2 types of ways you can hire developers: offers which are fixed-price for a fixed scope of work, or you can directly search for freelancers and see their hourly rate:

The analysis shows almost 2,728 Freelance WordPress Developers who charge on a ‘per-hour’ basis.

Here is what these insights should mean to you,

The above-mentioned numbers as given by Upwork and People Per Hour.
However, these may seem a lot cheaper when compared to specialized Freelance marketplaces that typically pre-vet their developers such as Codeable and Arc.

Below are the rates that both of them have

You can start a project or consultation task if you need to clarify things with a developer or you need some advice.

Once you have posted the job, you will be contacted by qualified experts (usually between 1 to 5) and you can discuss your project in the chatroom with them. You can then pick the expert that you feel is the most qualified one.

Posting a job is always free. You will only pay if you decide to proceed.

If you agree with the expert’s point of view and feel everything is clean and comfortable, you can choose to proceed further with your project.

It’s also important to mention that no matter how many experts with apply to the job, you will always get one price.

This prevents Codeable’s developers from trying to win the project by offering a lower price than their colleague and focuses their efforts on making sure that they can really help you with your project.

2. Arc (formerly Codementor X): On Arc, the freelance WordPress developers charge at an average of $61-$80 (per hour), globally.
However, based on the area that the developer lives in, their hourly rate can be different.

The 3 major areas that I’d like to point out are:

Here what the rates are according to codementor.io (another website that Arc’s team owns):

In Asia and Pacific, the average hourly rate charged by freelance WordPress developers is $61-80 (per hour), and median hourly rate is $41-60 (per hour).

What to look for in a Freelance WordPress Developer?

Most people hire freelancers for one of the three reasons given below:

For example: If you run into a WordPress error or any other issue on your website, and don’t know how to identify the problem or how to fix it, you will can get stuck with that trouble.

Hiring a freelance WordPress developer will help you tackle your error much more efficiently rather than thinking and figuring out how to do it on your own.

If you are thinking to hire a freelance WordPress developer for your work, then here are a few characteristics that you must look for:

The last factor can sometimes be a bit tricky to figure out. You may hire a WordPress freelancer who is willing to do a lot of work for a reasonable price, but that may prove to be hurtful to the quality of work.

You may want to avoid the cheapest developers, unless you’re ok with taking the risk.

Not all cheap developers are bad, but there is a higher chance of hiring a bad developer if you’re looking at the cheapest ones.

However, if you have the budget for it, it is always smart to hire experienced professionals at higher rates. This way you get the perfect balance of quality service and professional charges.

Even though it may feel more expensive, it will save you a lot of time and the job will be done well.

Charging Per Hour VS Per Project

When it comes to the costs of freelance developers, there are 2 main ways that developers will charge a client: per hour vs per project.

Let us have a look at how much WordPress developers charge per hour worldwide:

According to Codementor.io, a freelance software developer usually charges $81-$100 (per hour). Project rates vary a lot based on project size: from a few thousand dollars to hundreds of thousands and even millions.
Here are some examples of different project prices:

There are average rates that freelance WordPress developers charge, but they can be higher if the project is more complex or requires a lot of custom work.

Now, let’s take a look at the advantages and disadvantages of each pricing method.

When Charging Per Hour, freelancers will give you a fixed hourly rate (for example $100/hour) and they will track the number of hours they’ve worked, which will determine the final price. So, if your freelancer has worked 20 hours on a project and their hourly rate is $100/hour, they will charge you 20 * $100/hour = $2000.

Charging Per Project means the freelancer will charge a one-time fee for the entire project. Sometimes if the project is big, you can split the project into multiple milestones and pay for each of them separately.
It also means that the amount of time which the Freelancer Developer spends working on your project would not have any effect on the cost you pay for the project. You will only have to pay the fee you agreed to at the beginning of the project.

This is a great advantage, because you limit the risk of having to pay more than the original estimate which is not uncommon, especially for big projects.

How Should You Decide Which One is Better?

I’m a strong proponent of a fixed price per project model. As a client, you know exactly how much the project is going to cost you and you can budget for it.

Of course, there are different developers and some can overpromise and underdeliver or even disappear on you.

But this is the case with hourly billing as well.

On the contrary, if you’re just starting to work with a particular developer and you have a small task in mind, starting with an hourly priced project may not be a very bad idea.

Whatever model you pick, make sure that the freelancer knows what they’re doing and has good programming and communication skills.

1. How much do freelance WordPress developers charge on Upwork?

On average, developer rates on Upwork vary from $20 to $100 (per hour). You can decide whether to hire a developer on an hourly basis or get a fixed price for them.

2. What is the difference between charging per hour VS per project?

3. How much is the per hour rate that Freelance WordPress Developers charge, globally?

On average, a good freelance WordPress developer rate will charge you around $60-90/hour.

It is not easy to generate a one-size-fits-all pricing solution for WordPress development. If you’re looking for a developer to take care of your WordPress needs, take the time to look out and compare freelance WordPress developer rates, and then make the choice that best suits your budget and quality of work. 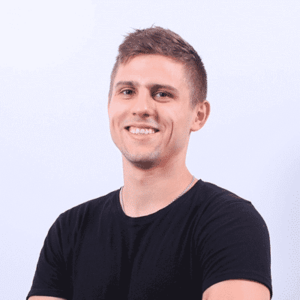 Note: Not all of the articles are written directly by me.
Affiliate Disclaimer: Some links in the post may be my affiliate links

Before YOU Leave...
Join My Newsletter

Get practical tips & tricks on how to start, grow and market your course/membership site.